Charleston has been the host destination for a number of prestigious sports organizations, showcasing premier events over the years.
Look at the Who’s Who list of sports right holders and event owners.

While celebrating its 113th year of existence, the Country Club of Charleston hosted the 113th Annual US Women’s Amateur Championship in August 2013 and hosted the US Women’s Open in May 2019.

Rivertowne Country Club in Mt. Pleasant was the chosen golf course for the Ginn Tribute –hosted by Annika Sorenstam (2007 & 2008).

The first professional rugby matches to ever be played in the state of SC have been held at MUSC Health Stadium. USA vs. IRB teams in the summer of 2008, 2009 and 2013.

The Carolina Challenge Cup is hosted by the Charleston Battery and includes MLS professional men’s soccer teams in a pre-season tournament, since 2004.

Charleston hosted the Southern Conference M’s & W’s Basketball Championships, 2002 – 2008 and Baseball Championships for 23 years, from 1990-2015. Member school, The Citadel has been affiliated with the SoCon since 1936, and sponsors 16 varsity sports teams.

CSU Buccaneers participate in Division I of the NCAA as a member of the Big South Conference. Charleston Southern fields varsity teams in 16 sports, 7 for men and 9 for women. The football team competes in the Division I Football Championship Subdivision.

A top six collegiate power conference, the ACC has shown interest in hosting championship events at a neutral site, such as men’s and women’s soccer at MUSC Health Stadium.

The SC Stingrays are a professional minor league ice hockey team and play in the South Division of the ECHL's Eastern Conference. Established in 1993, the team plays 34+ home games at the North Charleston Coliseum.

The Charleston RiverDogs are a minor league baseball team and plays in the Class Single-A South Atlantic League. They are an affiliate of the New York Yankees and play 74+ home games at the Joseph P. Riley Jr. Park.

Since 1991, the Southern Kingfish Association is the premier sanctioning body for king mackerel tournaments and has hosted a number of competitions in the Charleston area.

The Steeplechase of Charleston is a National Steeplechase Association sanctioned Race Meet, held in November at The Plantation @ Stono Ferry Racetrack.

The American Canoe Association is the oldest and largest paddle sports organization in the US, promoting canoeing, kayaking, and rafting. The national organization is a regular sponsor for Charleston County Park Recreation Commission events.

Formed in 1979, the USTA Pro Circuit has grown into the largest developmental tennis circuit in the world and has hosted national girls’ tournaments in the Charleston area with $60K and $100K in prize money.

The AVP Charleston Open was held at LTP-Daniel Island (formerly Family Circle Tennis Center) in June 2007 and 2008 and required over 1,470 tons of sand to create professional beach volleyball courts.

Known as the world’s largest tennis tournament, the Southern Sectional Championships were held in Charleston SC and included over 2,000 players for 9 days in July 2005 & 2006.

The Charleston region has built its reputation as a sports travel destination largely due to the diversity of its state-of-the art venues, catering to world-class athletes, who compete before thousands of spectators. Then again, Charleston's oldest and largest sports venue simply consists of water – 91 miles of Atlantic coastline, major rivers and acres of waterways for water sports competitions every weekend. 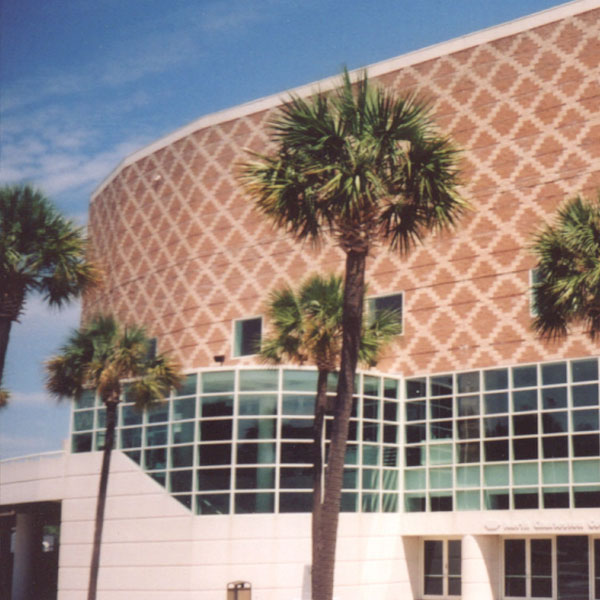 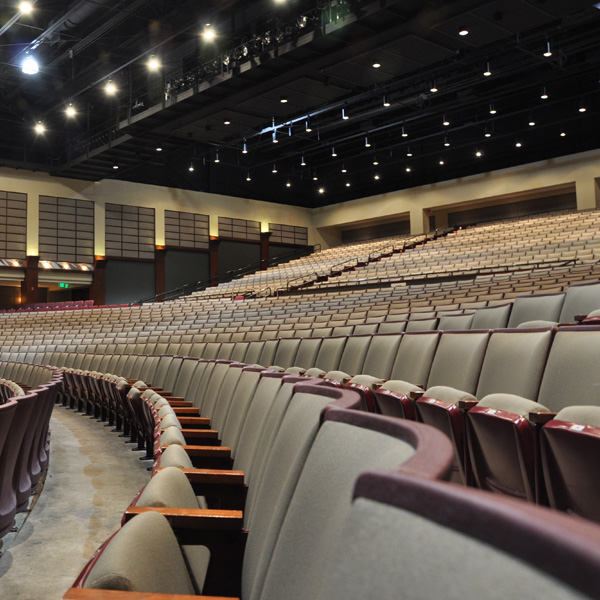 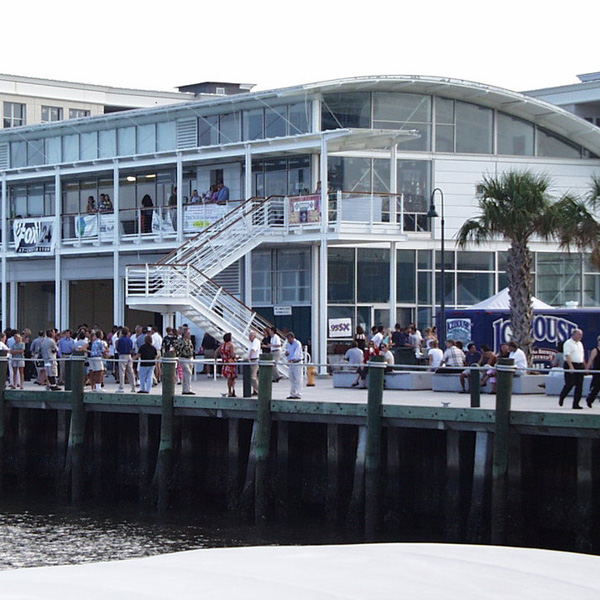 A sailing & water sports facility with 2 piers and a waterfront park. 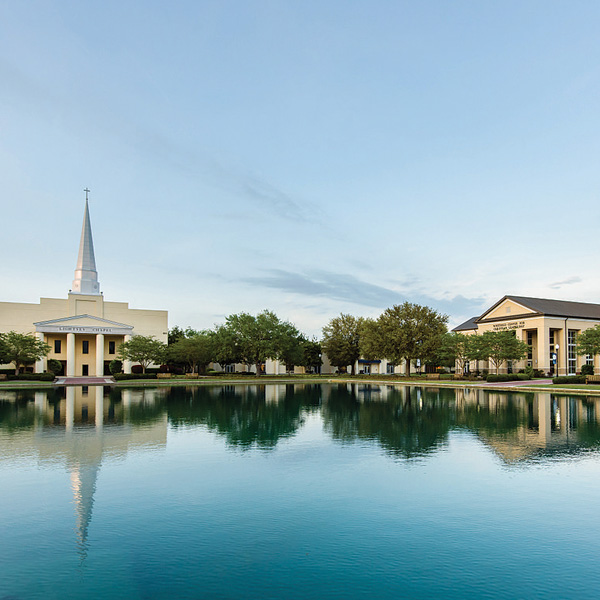 The CSU Stadium is equipped for football, T&F and includes 4,000 seats. Fieldhouse seats 1,500 for basketball and volleyball. 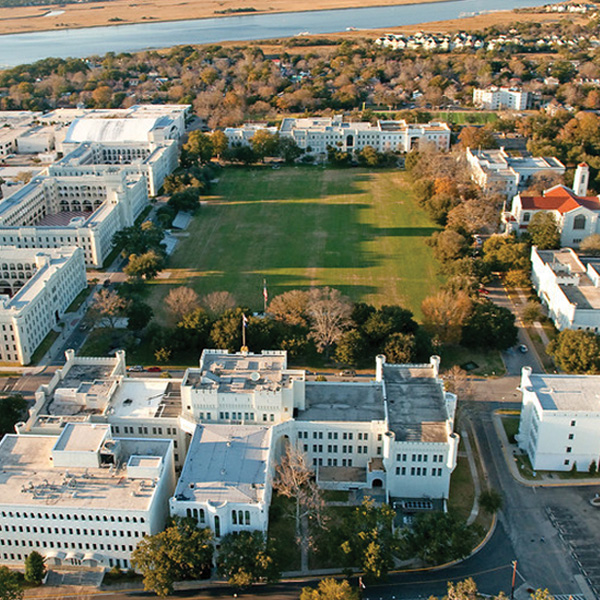 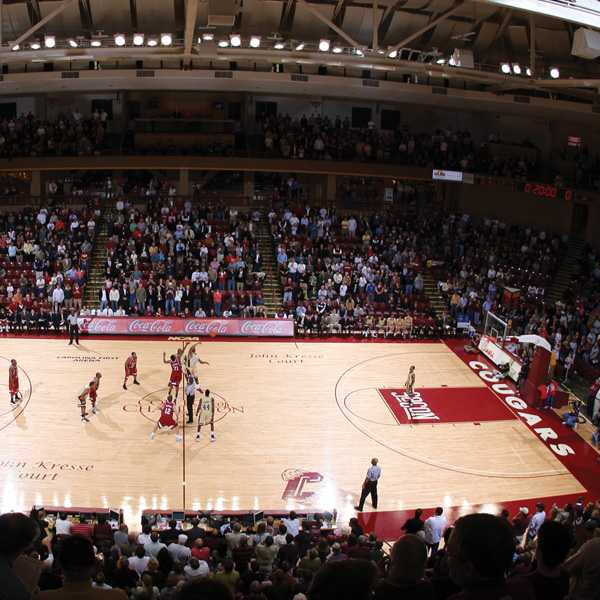 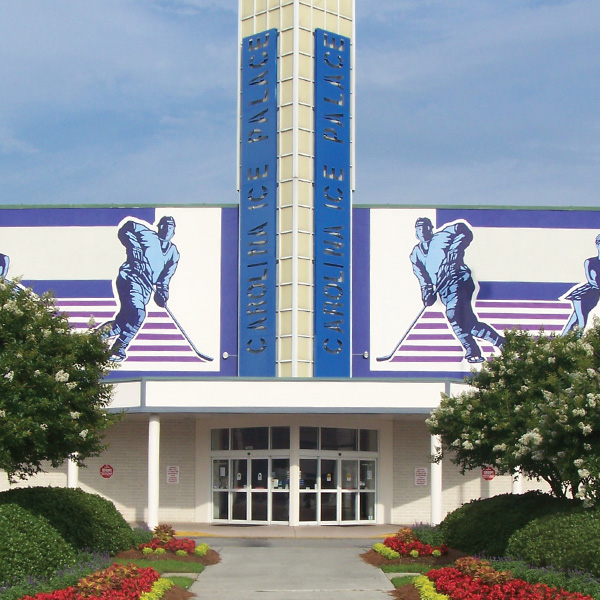 Two-rink facility with viewing for 500, restaurant/bar and ample parking. Accommodates many levels of hockey competition and figure-skating. 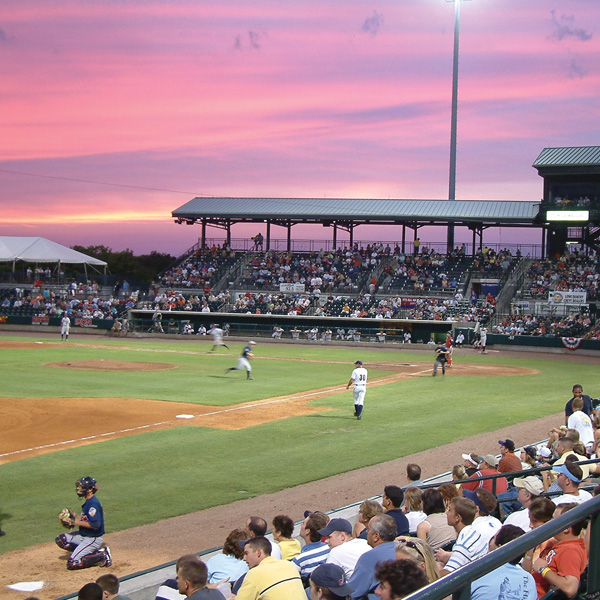 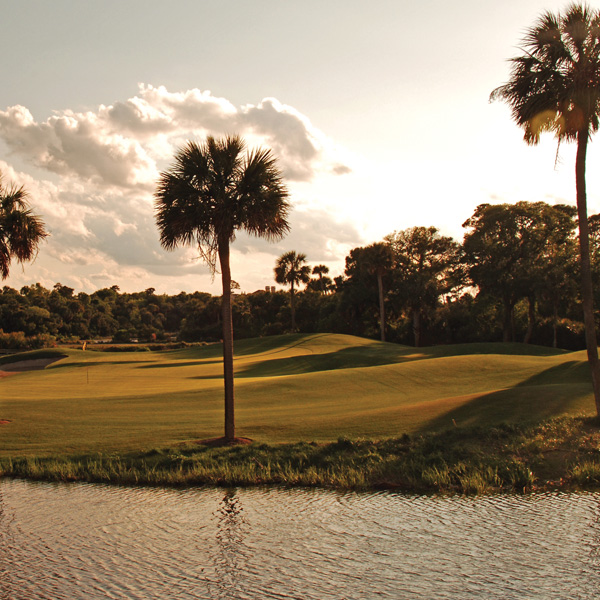 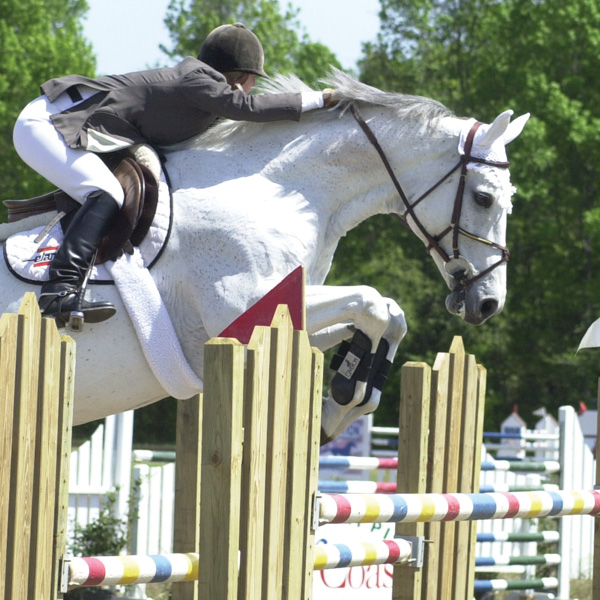 A 738-acre park site and 60-acre facility with seven miles of riding trails. 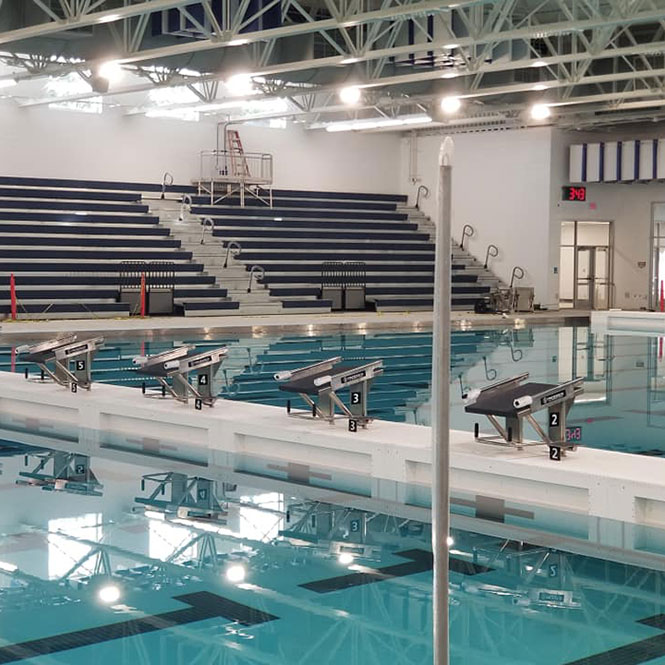 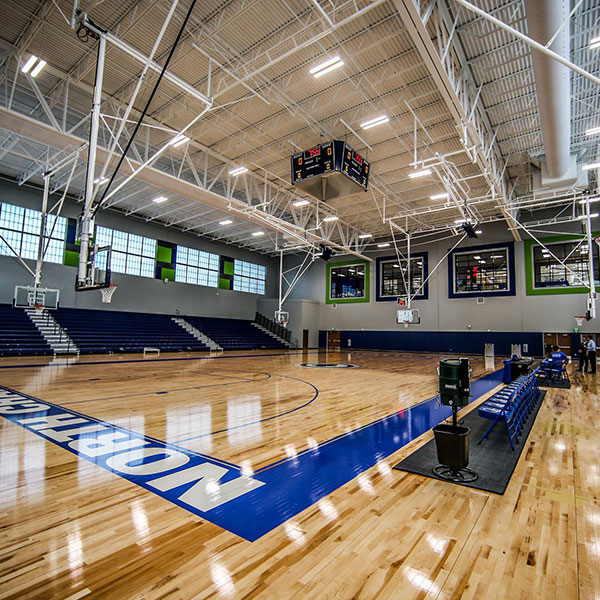 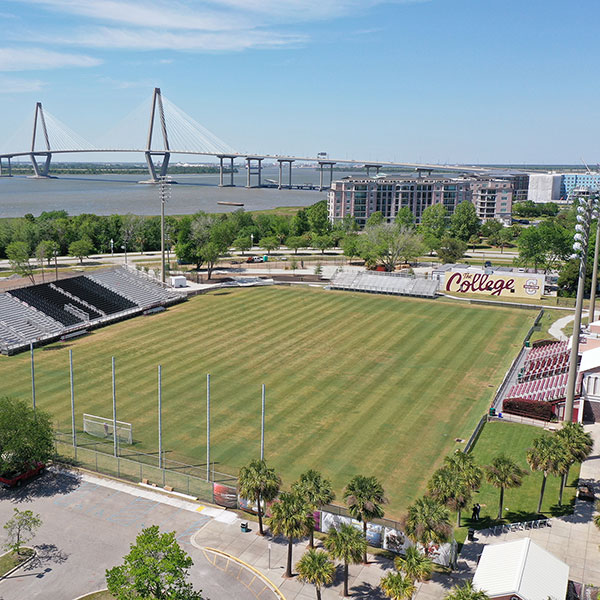 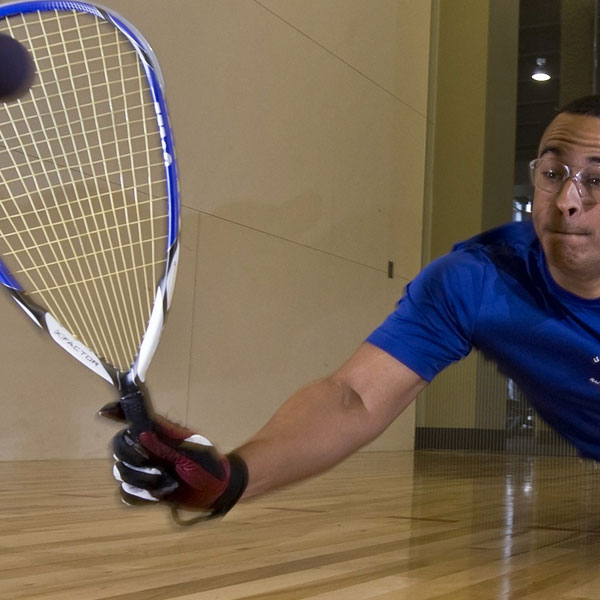 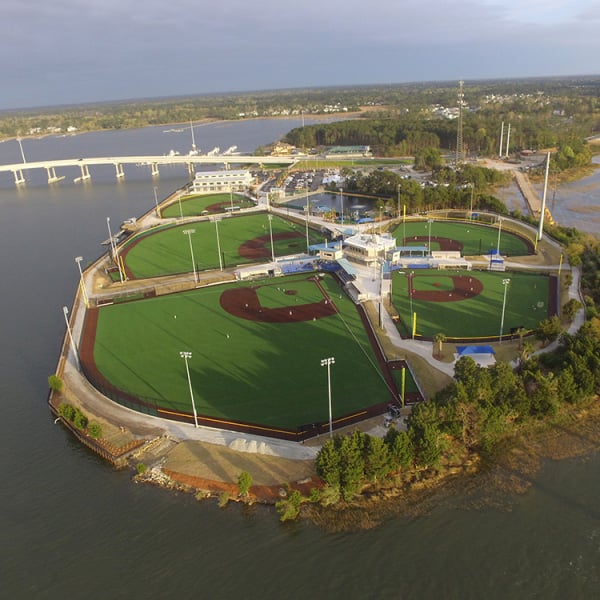 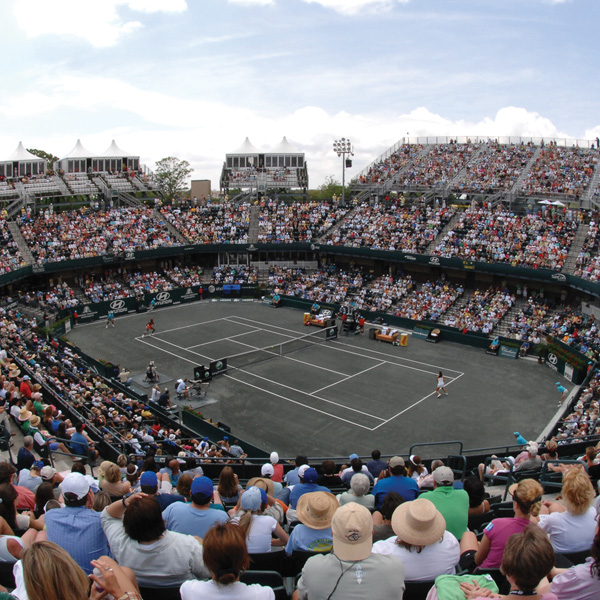